Veraguas is a province of Panama, located in the central-western part of the country, and is the only province bordering both, the Pacific to the west and the Caribbean to the north. The majority of people live on the Pacific side, the Caribbean coast is mostly uninhabited. The capital is the city of Santiago de Veraguas. The province covers 10,677.2 km² and is divided into twelve districts.

History
Veraguas was explored by Christopher Columbus on his fourth voyage. He tried to establish the first colony in the new Spanish mainland but failed due to attacks from native Indians. Diego de Nicuesa also tried to make a colony and failed, which made him create a colony to fight against the Indians called Nombre de Dios. Its capital, Santiago de Veraguas, was founded about 1636. It is said that its name comes from the indigenous word “Veracua” or “Viragua.”

Tourism
Veraguas has many groups of inhabitants, mainly of Spanish-Indian origin named campesinos. This land offers tourists and visitors close contact with nature. Forests, mountains, coasts and islands where there are more than 200 varieties of orchids; more than 400 species of birds, besides mammals, reptiles and insects.

Veraguas has various national parks. The Coiba National Park, (with the largest coral reef of the Pacific Coast of America), Cerro Hoya National Park (covers the southwest part of the Azuero peninsula and the sea that surrounds it), Santa Fe National Park (a wonderful virgin forest in the northern region of the province), La Yeguada Forest reserve (with a great artificial lake for the production of electricity)and El Montuoso Forest reserve.

Beaches such as Playa Santa Catalina, Playa Mariato, Malena and Torio offer great places for recreation, surfing and fishing. Other famous touristic areas is the Iglesia de San Francisco de la Montaña.This Church has a Baroque architecture and dates back to 1727. It was declared a National Historical Monument on January 27, 1937. 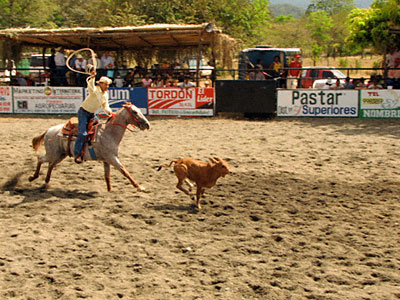 Text is available under the  Creative Commons Attribution-ShareAlike License; Wikipedia® is a registered trademark of the Wikimedia Foundation, Inc., a non-profit organization.