Panama [indigenous language: rich in fish, birds & butterflies] has much more to offer than the canal connecting the Caribbean with the Pacific ocean.

Some of Panama’s attractions are endless, deserted beaches on both Caribbean and Pacific coastlines, tropical rain forests, a rich fauna & flora, and cool, cloudy highlands. The Panamanian government set aside large parts of the country for preservation, and has a total of 14 National Parks, of which Coiba Island National Park is the best known, and most visited. Volcano Baru in the western part of the country, not far from the border to Costa Rica at 11,407′ [3,477m] is Panama’s highest mountain.

Founded in 1519 by by Spanish conquistador Pedro Arias Dávila, Panama developed into a juncture of many cultures. Immigrants from four different continents converged with native Indian tribes, forming the multi culture heritage of the country.

Panama is bordered to the west by Costa Rica and by Colombia in the east. The geographical location serves as a the bridge between North and South America. The 50 miles long Panama Canal connects not only the Atlantic with the Pacific Ocean, but Europe and Africa with Asia, Australia and Oceania.

Panama’s total population is well below the 4 million mark, with most of its inhabitants living in the population centers of Panama City, Colon, Santiago and David. The rest of the country’s population density is quiet low.

Panama’s economy is quite varied, and the Panama Canal provides a major source of income and employment. It is currently being expanded to accommodate the latest generation of large container vessels. International banking is an other important part of the economy, with the U.S. dollar being the official currency of the country. 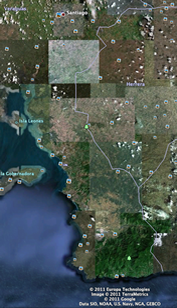